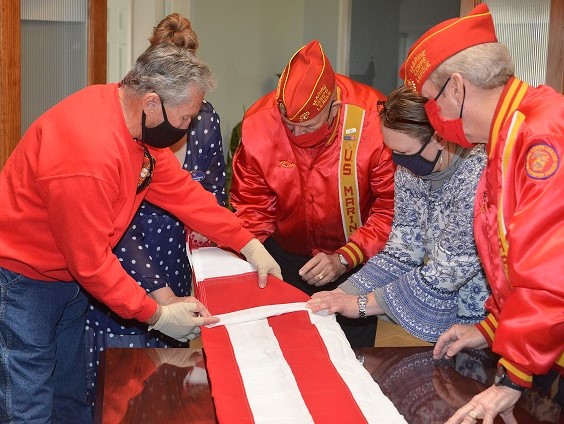 U.S. Flag Folding: “On behalf of the United States of America…”

Bradbury Memorial Center staff is very grateful to have a handful of key members of the Lake Havasu Marine Corps League Detachment #757 teach us about the U.S. Flag in terms of folding it, handling it, respecting it, and presenting it.

The honor of folding the U.S. Flag, how to create it, how to respectfully handle, hold it, and carry the Flag was told to us in vivid detail. With our co-owner Charles Marchand being a retired U.S. Navy veteran, the MCL members went above and beyond when explaining instructions to Charles so how he could appropriately present the U.S. Flag to the widow or family of a deceased U.S. military veteran here at Bradbury Memorial Center. Most recently, we do this when the funeral or memorial service of a deceased veteran is delayed for reasons of the current public health crisis.

The Marine Corps League members also talked to us about the components of their full-scale U.S. Flag folding display when they are at either a graveside service or other funeral venue such as the park, a church, or a reception hall. We had many questions, which they graciously answered. On that note, they talked of their uniforms, shoes, gloves, roles, and more. They did this while demonstrating their protocol, positions, and commands that choreograph their reverent display during the ceremony.

The Marine Corps League Color Guard Color Guard/Honor Guard went dark the latter part of 2020 during the pandemic however Bittenbender said they all hope to return to their full ceremonial duties in March.

The group toured Bradbury Memorial Center during their visit and asked many good and very interesting questions about our building and our business and our industry. From all of us here at Bradbury Memorial Center, THANK YOU! Thank you for sharing your knowledge about U.S. Flag folding and protocol with us. And, most sincerely, thank you for your military service, we appreciate you! 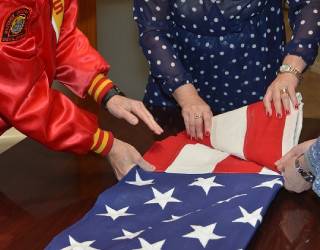 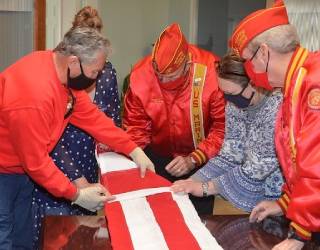 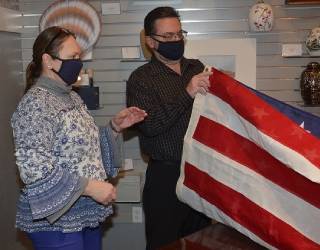 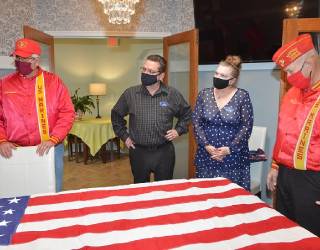 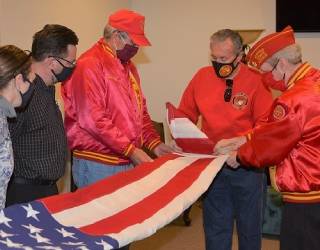 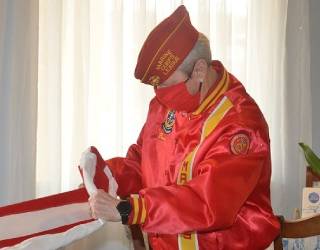