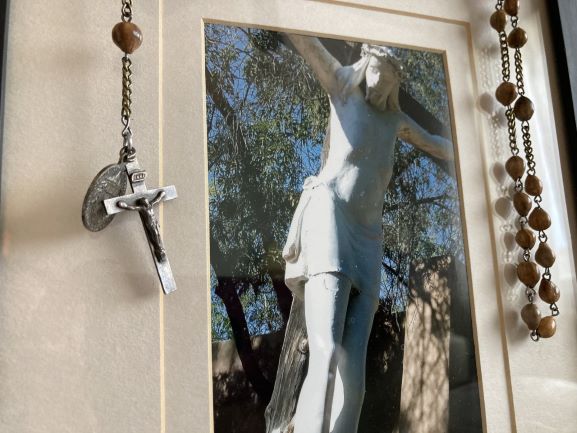 Photo courtesy of Jayne Hanson/Garden of Gethsemane, Tucson, Arizona: Lifesize sculptures include that of Jesus of Nazareth at the Last Supper with his disciples, and Jesus on the Cross, among other sculptures worth seeing.

The Artist’s story: As Felix Lucero faced death as he lay on a World War I battlefield, he reportedly proposed a deal with the Virgin Mary: “spare my life, and I’ll spend the rest of my days creating Christian artwork.”

After 20 years of time, Lucero began that promised work. Homeless and living in a shanty beneath a bridge in Tucson, Arizona, in 1938, his sculptures made their way into existence. Using damp sand reinforced with debris recovered from the Santa Cruz riverbed, he manifested his sculptures with plaster. His collection, called “Garden of Gethsemane”, has suffered the ravages of time, floods, and acts of vandalism.

Lucero died in 1951 but his sculptures live on. Despite being moved several times to different locations, and repaired numerous times after vandalism, they now exist in a shady roadside park at 602 W. Congress Street, in Tucson. Admission is free.

Catholics do choose cremation as an end-of-life disposition, but their faith has them bound to a specific way of doing things. The three elements they observe, according to the Order of Christian Funerals, include the vigil or wake, the funeral liturgy, and the rite of committal.

The first part is the vigil, or wake; it is the principal rite celebrated in the time after death but before the rite of committal. This segment of time is an opportunity to pray for the soul of the deceased and is often an occasion for family and friends to express their memories of the deceased.

When choosing cremation, it is always recommended the body be present for the vigil.

The second part is the funeral liturgy; it is the central celebration of the Christian community when it comes to the deceased. It is when the community gathers alongside family and friends to give praise and thanks. Catholics believe it is “through the Holy Spirit the community is joined together in sign and symbol, word and gesture that each believer through baptism shares in Christ’s death and resurrection and can look to the day when all the elects will be raised up and united in the kingdom on light and peace.”- Order of Christian Funerals #129

PART 3 – THE RITE OF COMMITTAL

The Right of Committal is the conclusion of the funeral rites and therefore the final act of the community of faith in the caring for the body of a deceased member. This may be celebrated graveside, or at the tomb or crematorium.

“In committing the body to its resting place, the community expresses the hope that, with all those who have gone before marked the sign of faith, the deceased awaits community of believers into welcoming company of those who need faith no longer but see God face to face.” – Order of Christian Funerals #206

When choosing cremation, the Church clearly prefers the body of the deceased to be present for the funeral rites. It is recommended the cremation take place after the Funeral Liturgy.

“The best way to explain to people is simply to say: ‘the cremains are shown the same respect as the body. If you wouldn’t split the body up or spread it around, then neither do we do that to the ashes’,” stated Father Chauncey, Our Lady of the Lake Roman Catholic Parish, in a letter he recently penned to Bradbury Memorial Center.

“The cremated remains should be treated with the same respect given to the human body from they come. This includes the use of a worthy vessel to contain the ashes, the way they are carried, the care and attention to appropriate placement and transport, and the final disposition,” – Order of Christian Funerals #417

“The cremated remains should be buried in a grave or entombed in a mausoleum of columbarium,” – Order of Christian Funerals #417

“The principal of respect for cremated remains of a deceased Christian embraces the deeper belief in the individuality of each baptized person before God. Throughout history, the mingling of remains has never been an accepted practice, except in extraordinary circumstances.”

“The practice of scattering cremated cremains on the sea, from the air, or on the ground, or keeping cremated remains in the home of a relative or friend of the deceases are not the reverent disposition that the Church requires,” – Order of Christian Funerals #417

“Whenever possible, appropriate means for recording with dignity the memory of the deceased should be adopted, such as a plaque or stone which records the name of the deceased,” – Order of Christian Funerals #417

BURIAL IN A CATHOLIC CEMETERY

Catholics are strongly encouraged to be buried or entombed in a Catholic Cemetery, where there is an assurance that the remains of the person will be treated with reverence and perpetual care.

The Church recommends the burial or entombment of cremated remains occur without delay once the cremation process is completed.

WHAT IS NOT PERMITTED BY THE CHURCH

Use of a common grave, ground, or niche where the cremated remains of several persons are scattered, poured, buried, or combines without individual urns or sealed containers is to be completely avoided.

BLESSING THE GRAVE OR NICHE

A priest or deacon should accompany the remains to the cemetery and perform the prescribed liturgical rites. If the grave or niche has not been blessed, the priest of deacon is to do so at this time.

“Since in baptism the body was marked with the seal of the Trinity and became the temple of the Holy Spirit, Christians respect and honor the bodies of the dead and the places where they rest,” – Order of Christian Funerals #19

“In the face of death, the Church confidently proclaims that God has created each person for eternal life and that Jesus, the Son of God, by his death and resurrection, has broken the chains of sin and death that bound humanity,” – Order of Christian Funerals #1 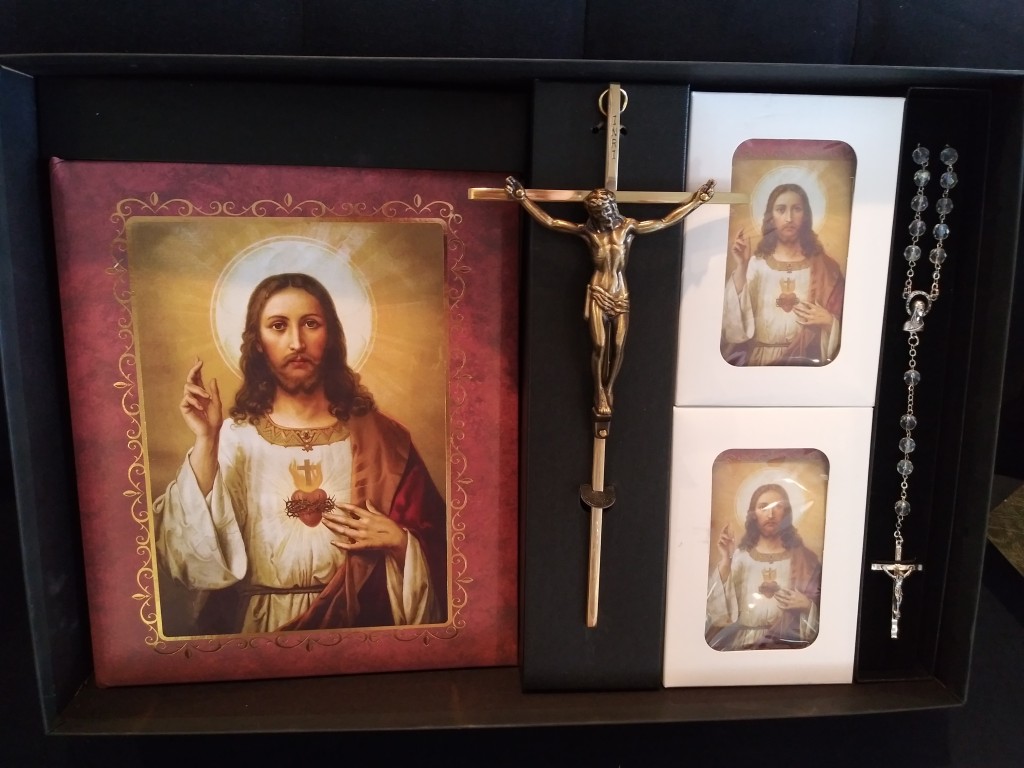