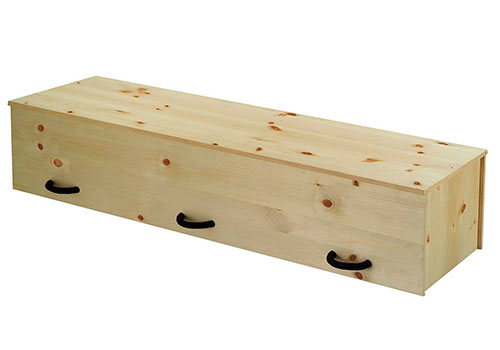 The Hebrew word for mourning

Ritually, the body of the deceased is washed thoroughly, dressed in a simple white linen shroud, or tachrichim, and prepared for burial in a simple pine, or sometimes redwood, coffin. Jewish custom requires burial to occur as close as possible to 24 hours. The deceased is carried to the graveyard amid a rabbi’s chants of biblical and liturgical verses. It is customary for the procession to stop along the way to allow mourners to express grief. Often, a eulogy is given either in a chapel or as the coffin is lowered into the grave. Then male mourners help fill the grave with earth.

Traditionally, five stages of grief are observed to provide guidance during bereavement.

First, it is the input. a Hebrew word meaning “deep sorrow”. It designates the time from death until burial. On that note, when despair is at its most intense, the mourner’s religious requirements come to a halt. The second is the three days following burial. It is a private time for weeping and expression of grief.

The third is a period of seven days called shiva, it is when the mourner accepts the condolences of family and friends in the home and leads a prayer service. In contemporary times, shiva begins right after burial. Family and friends prepare meals so the mourner will not be distracted from their grief. Mourning generally concludes in the morning of the seventh day. Modern times has the second stage’s three days of private mourning coinciding with the third stage of sitting shiva.

When it comes to the seven days of grieving, however, the Jewish may not mourn on the Shabbat or the Jewish Sabbath, nor may a burial take place on that day. The Shabbat does however count as one of the seven days. If a Jewish holiday occurs after the first day of shiva, the mourning period ends.

The fourth stage is sheloshim when the mourner returns to work and normal social obligations.

The final stage lasts 12 months during which the mourner returns to his or her customary functions. For example, the observant Jew says the kaddish, which is the prayer hymn for the dead, each week at the synagogue. The prayer has variations, according to web sources, but is noted as never mentioning death or dying. Instead, the prayer proclaims the greatness of God, and through recitation, the mourner affirms this greatness despite having their faith tested by loss. When mourning a parent, this can occur daily for 11 months post-burial.

“May my death be an atonement for the sins, transgressions, and violations which I have sinned before you. And set my portion in the Garden of Eden and let me merit the World to Come reserved for the righteous. Hear O Israel the Lord our God, the Lord is One.”

– Prayer on a deathbed, from a traditional Jewish Prayer Book

Furthermore, the day of the dead is celebrated on the yahrzeit, or anniversary date. A memorial candle is lit in the home and burns all night. The gravesite, at a minimum, is visited during High Holy Days, or Yamim Noraim, or “Days of Awe” in the autumn months. It is the High Holy Days that encompass Rosh Hashana, or the Jewish New Year; and Yom Kippur, which is the “Day of Atonement”. The Jewish believe it to be the holiest day of the year. Both are among very special customs within Judaism.

Gravesite etiquette among the Jewish includes visits on fast days and using the left hand to place a small stone of the grave even if the individual was unknown to the visitor in life. Leaving flowers is not a traditional Jewish practice. The placing and replacing of the stones are thought to perpetually ‘tend’ the grave’s existence. Visiting the gravesite is not reserved for specific days and can be visited at any time.

The simple pine, or sometimes redwood, burial boxes are not created on the Jewish Sabbath (Shabbat), or on the seventh day of the week – beginning Friday evenings and ending Saturday night.

Organ donation is prohibited by general rule however permitted by means of a living will instruction. Jewish law, however, does not permit organ donation from a person in a living state.

Judaism stresses burial on earth as a religious duty of laying someone to rest but some Jewish individuals do choose cremation as an acceptable disposition after death.

Traditionally, nothing is buried in the casket with the deceased other than the linen shroud and earth. However, some families do ask to bury mementos like photos or letters within.

Information based on various resources including both print and web sources.